Sponsorship as a tool for building brand recognisability

Enea Group realises promotional projects, and one of the key tools for building brand recognisability on the territory of the whole Poland is sponsorship. The Group Companies realise projects reflecting their business needs - starting from national to local ones, supporting sport, cultural and CSR activities. Core sponsorships, with the greatest reach, are centralised in Enea SA, building the brand coverage and supporting marketing activities. Sponsorship activities realised by subsidiaries support business goals.

In 2015, only Enea SA realised 43 sponsorship projects in 487 cities of Poland, reaching a million of direct participants of the activities. To study sponsorship efficiency specialist indices are used, such as advertising value equivalency or dedicated quantitative and qualitative studies. 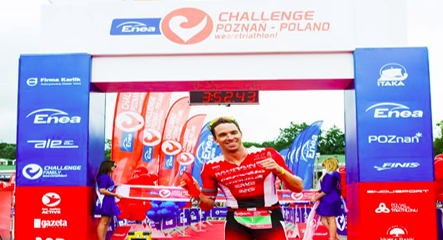 In 2015 Enea was an active sponsor of such events and sports projects, as: 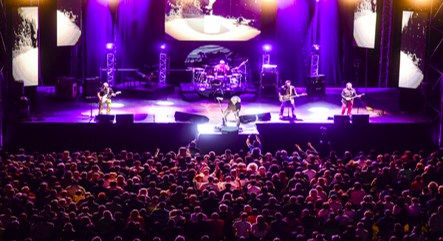 Sponsorship of the culture

In 2015 Enea was an active sponsor of such events and cultural projects, as: 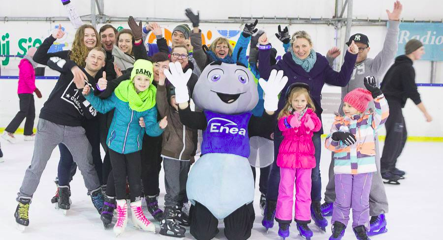 In 2015 Enea was an active sponsor and organiser of such CSR events and projects, as: 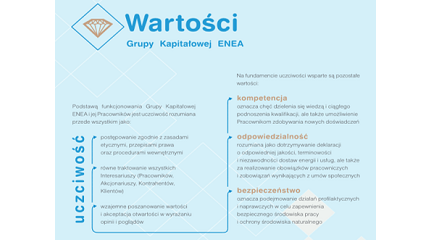 
2015 was announced "Enea Group's Year of Values". Common corporate values: honesty, competence, responsibility and safety were selected by employees. They are described in "Enea Capital Group's Code of Conduct".

To present practical application and everyday nature of our corporate values the unchallenged authority in the field of ethics, the originator and initiator of Szlachetna Paczka (Noble Box Project), a priest Jacek Stryczek, was invited to cooperation. The gleanings of the Christmas meeting was the message of ks. Jacek Stryczek, included in short videos which constitute a cycle of four mini lectures. The cycle is available on our websites. 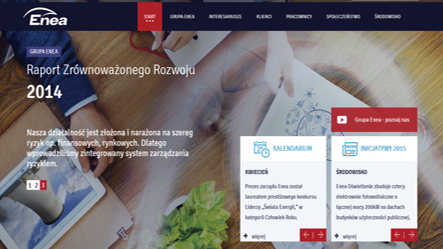 In May, Enea Capital Group published a comprehensive corporate social responsibility report for 2014. It was prepared according to the latest reporting standards GRI G4. Representatives of Enea Capital Group companies participated in works over the report.

The report was for the third year in row published as an interactive website - it is the ecological form of the CSR report for 2013 which Enea Group chose consciously.

The goal of reporting corporate social responsibility is increasing the transparency of communicating non-financial data (ESG) and their economic, social and environmental results.

The programme of corporate volunteering has been operating in the Group since 2011. In 2015 the employees - volunteers realised mainly the competence volunteering based on two education programmes:

As part of action volunteering the volunteers acted for various organisations and institutions. They were engaged in the promotion and popularisation of the corporate volunteering idea, e.g. through acting under "Volunteering President 2011" Coalition. This is the initiative which gathers business leaders around precious values.

In 2015 the corporate volunteering programme was shifted to Enea Foundation.

Volunteers participated e.g. in such projects, as a charity Poznań Business Run or Noble Box Project.

In 2015 Enea Group volunteers worked socially 116.5 hours for the account of almost 2,650 beneficiaries 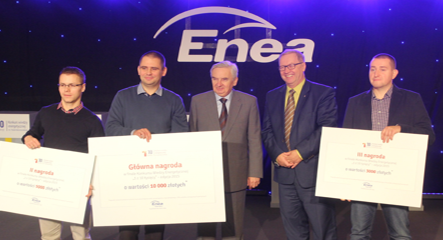 In 2015 another edition of "1 of 10 thousand” competition was conducted. The competition includes the questions from within the labour law, occupational safety and hygiene, first aid, energy sector and the Group itself.

It is also an impulse to a constant shaping of the safety culture, and via its popularity it contributes to widening of the managerial knowledge on each level.

"1 of 10 thousand” has become a permanent fixture on the events calendar The last edition had almost half a thousand of participants. 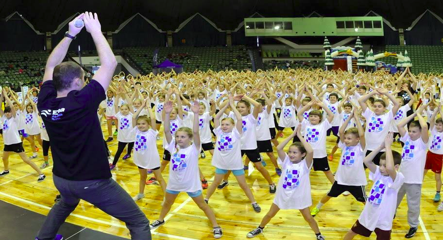 Development of children and youth, activation of the sports area and promotion of a healthy lifestyle are the key areas of Enea Foundation's operations. Since 2014 the corporate foundation has been realising the policy of corporate social responsibility of Enea Group, e.g. through:

support of entities conducting social utility operations is given as financial help, in-kind help, and assistance consisting in the commitment of volunteers of the Foundation in the realisation of beneficiaries' projects support of Enea Group employees who found themselves in a life or health threatening situation

Enea Foundation is the only entity in the Group providing support for social purposes The Foundation operates based on funds obtained from the Group companies Support is provided transparently - potential beneficiaries apply for support using an on-line form, and applications are considered by Enea Foundation's Board and Council. 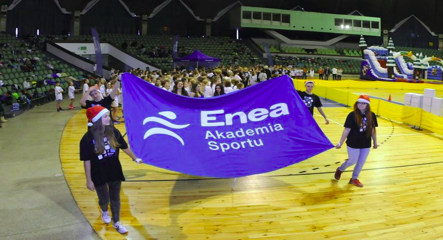 In 2015 Enea Group developed the programme of Enea Sports Academy, dedicated to children and young people from four provinces operating on the distribution area of Enea Group.

Ethics as a element of organisational culture

The superior values of LW Bogdanka include: honesty, professionalism and responsibility . LW Bogdanka consistently and regularly implements initiatives described in “Corporate Social Responsibility Strategy for 2014-2017” which is based on the continuation of four priorities:

In June 2015, LW Bogdanka Group prepared its first Integrated Report. It was prepared according to the latest reporting guidelines - GRI G4. The report includes also the indicators which are specific for the mining sector. The report for 2014 included all LW Bogdanka’s subsidiaries taking into account their financial results and social impact.

LW Bogdanka’s operations from within CSR comply with the recommendations of PN-ISO-26000 standard, developed in 2010 by the International Organization for Standarization (ISO), being the guide for the Company within application of the principles of social and environmental responsibility.

Within the corporate volunteering the following initiatives were realised in 2015 in LW Bogdanka:

LW Bogdanka CG supports a range of local social initiatives with the goal of developing the areas of culture, science, education, health, developing the municipal infrastructure and securing other needs of the local community. The Company is also a sponsor of sports and cultural activities. In 2015, LW Bogdanka made 100 cash and in kind donations.

Intersectoral Agreement for life and health

LW Bogdanka, Fundacja Solidarni Górnicy and Regionalne Centrum Krwiodawstwa i Krwiolecznictwa in Lublin signed a trilateral agreement in June 2015 dedicated to the promotion of honorary blood donation, transfusion medicine and registering in the bank of bone marrow donors.

In August 2015 Safety Days took place During the 3-day training and consultation session, the Company’s employees had a chance to get familiar with the specialist notions, and a knowledge test on OSH was conducted among employees which is the first stage of “Protect Your World” competition.

Mine close to the nature

LW Bogdanka SA, in cooperation with the Polish Society For the Protection of Birds (OTOP) opened a new educational path - “Nadrybie”. It was set around the Nadrybie Bay which was created as a result of mining works performed there. “Nadrybie” path is located in the area of Landscape Park of the Łęczyńskie Lakeland, on a particularly naturally valuable area protected under Natura 2000.