Enhancing the efficiency of the support area

In Enea Group the support services are rendered by Enea Centrum. In 2015, the development of an efficient Shared Service Centre was continued within the support functions, such as:

Additionally, the following activities were centralised within SSC:

In 2015, changes were introduced in particular areas as regards the organisation of works, new IT systems were implemented, which in the further perspective will allow for the optimisation of processes and raising the efficiency of realised tasks. Enea Centrum implements a range of optimisation projects whose goal is the reduction in costs and raising the quality of services rendered for the other companies in Enea CG.

Since 1 January 2016 the servicing of support services was taken over from the next three Enea CG’s companies - Enea Serwis, Enea Pomiary and Enea Oświetlenie.

2015 the year of optimisation and better efficiency 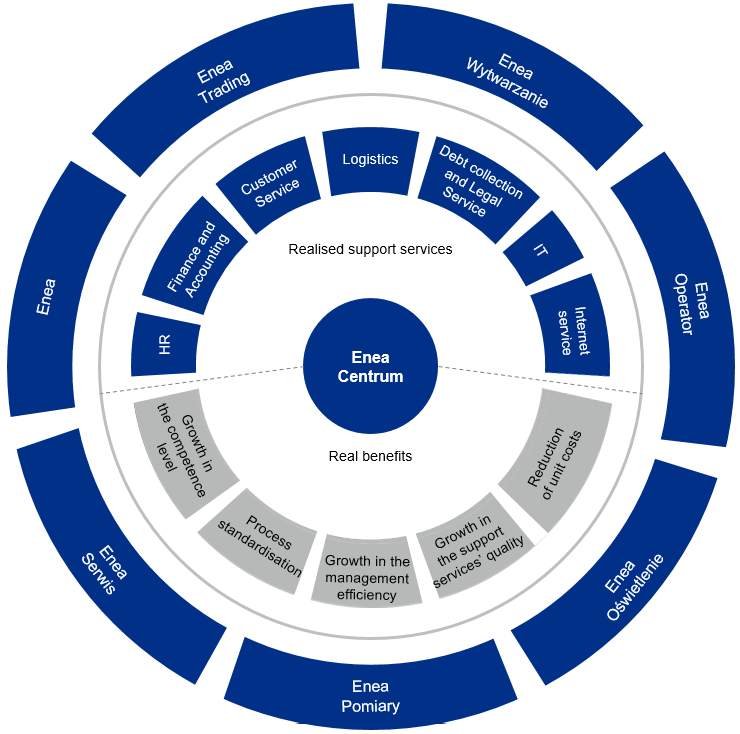